Abby Briggs won a silver medal at the European Schools Championships in Bulgaria. Abby had to box 4 times to win her medal beating opponents from Ireland, Romania and Serbia before losing in the final to Russia. This was a remarkable achievement by Abby who was the youngest in the competition and eligible to compete next year.

Ellie Lambert won her 2nd National Schools title last weekend in Grantham. Ellie beat a strong opponent from the North East to win the Golden Gloves. She has now been selected for England to box in the Tri Nations in Cardiff in June.

Abby Briggs (On The Left) Receiving her silver Medal 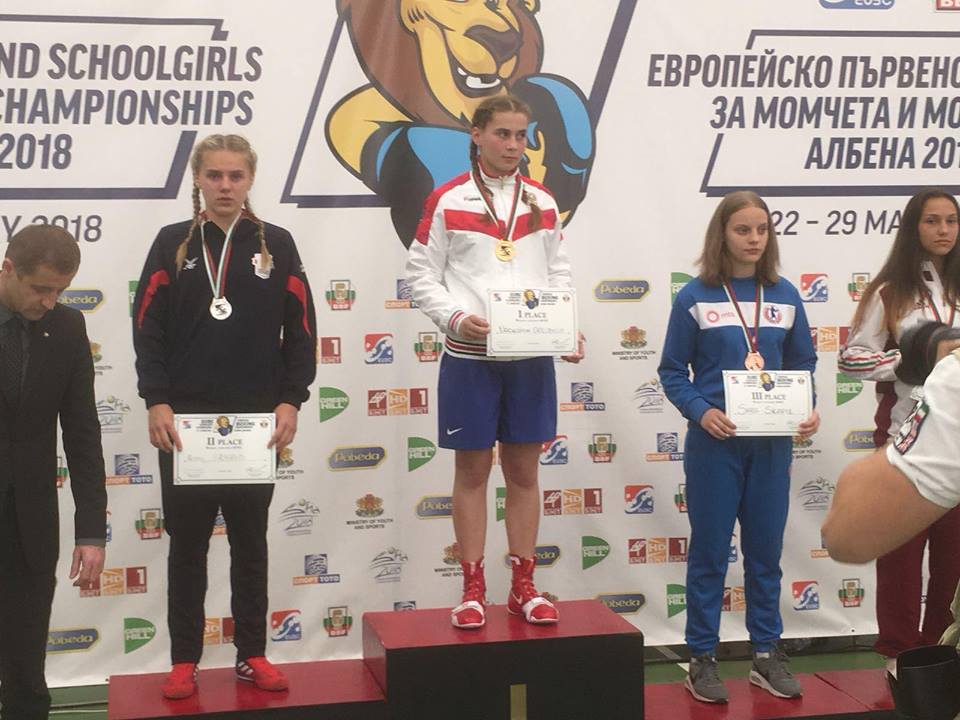 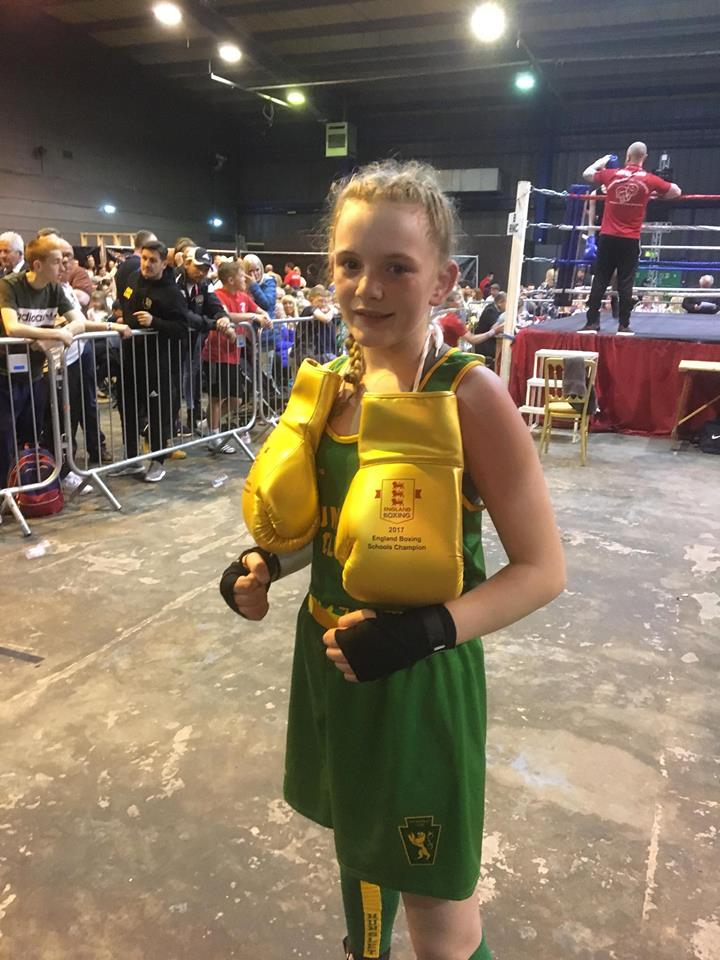