Over £800 was raised from teams’ entry donations and on behalf of The Hunslet Club and Charles Stanley we are very grateful for their support of the event.

Organiser Adam Martell from Charles Stanley commented “It was amazing to see 10 teams take part this year on three pitches across a superbly prepared playing surface. I was really pleased to see so many from the year before, as well as plenty of new teams, as the tournament goes from strength to strength. Even the sunshine joined us this year too! We’re very grateful to the support shown by the local business community, as well of course the hard work of the staff and volunteers at the Club.”

Jonathan Baker, Branch Manager at Charles Stanley’s Leeds office, “We are very pleased to support The Hunslet Club and help raise the profile further of the important work they do within Leeds.  They are a fantastic club, with an hugely positive impact on the local community and in schools. We look forward to continuing to support them in the future.” 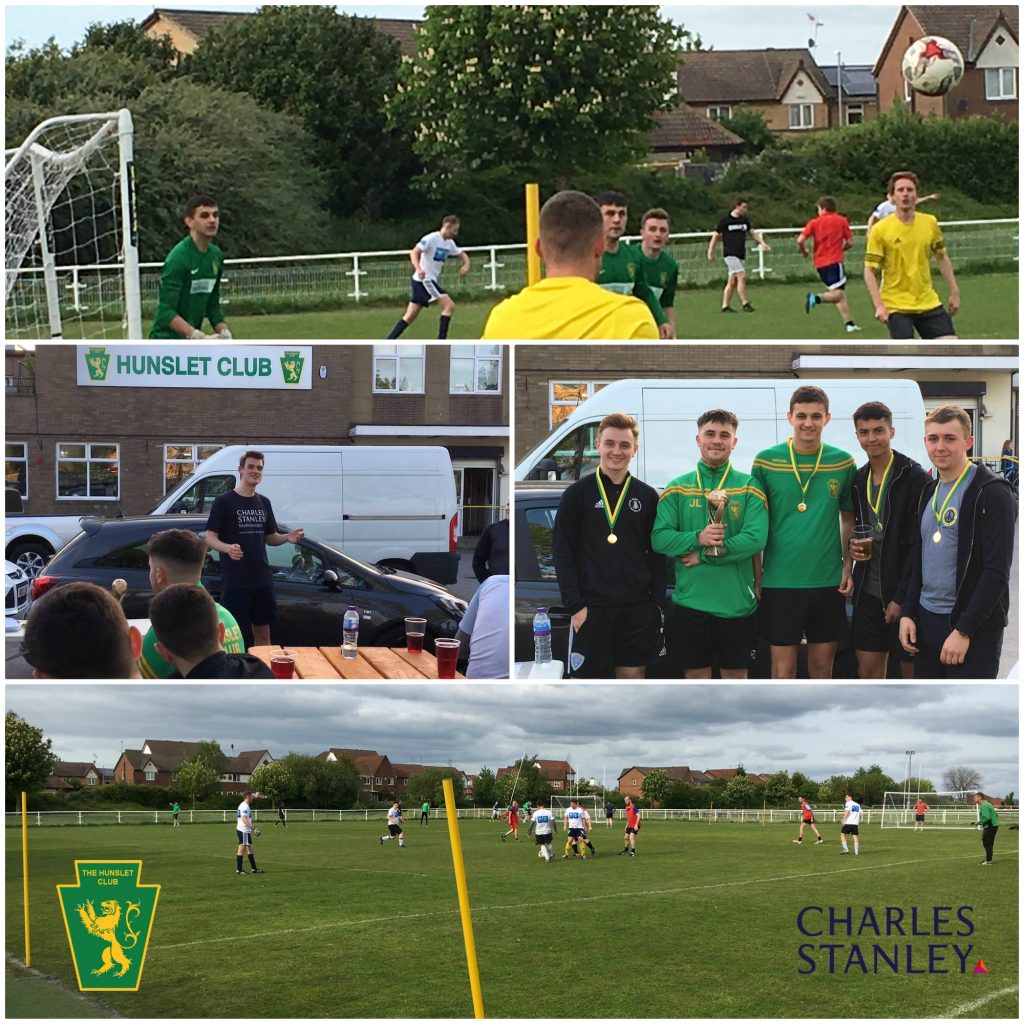